Mark has been training and teaching in martial arts for over 40 years, in Europe, USA and Japan. He has had the honor of training with the most recognised senior practitioners in their martial arts focusing on traditional Japanese styles including Ju Jitsu and Aikido.

Outside of Martial Arts Mark has held senior international business management roles with some of the largest global firms. He also is a keen chess player and has coached juniors at country and national level in the UK.

Mark is a qualified business mentor and has worked with UK firms in the get mentoring initiative and Women's Entrepreneurship Day, donating time in supporting new start up businesses, and being master of ceremonies at the UK mentoring awards at the House of Lords in 2014.

Currently studying Mindfulness-Based Stress Reduction (MBSR), which is due for completion and certification in Q1 2019 .

Mark is also a Fellow of the IOEE (Institute of Executives and Entrepreneurs). 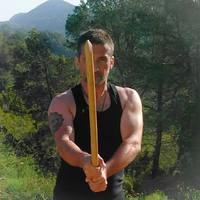